Skip to content
Outside of North America? Please read the Help page before placing your order. 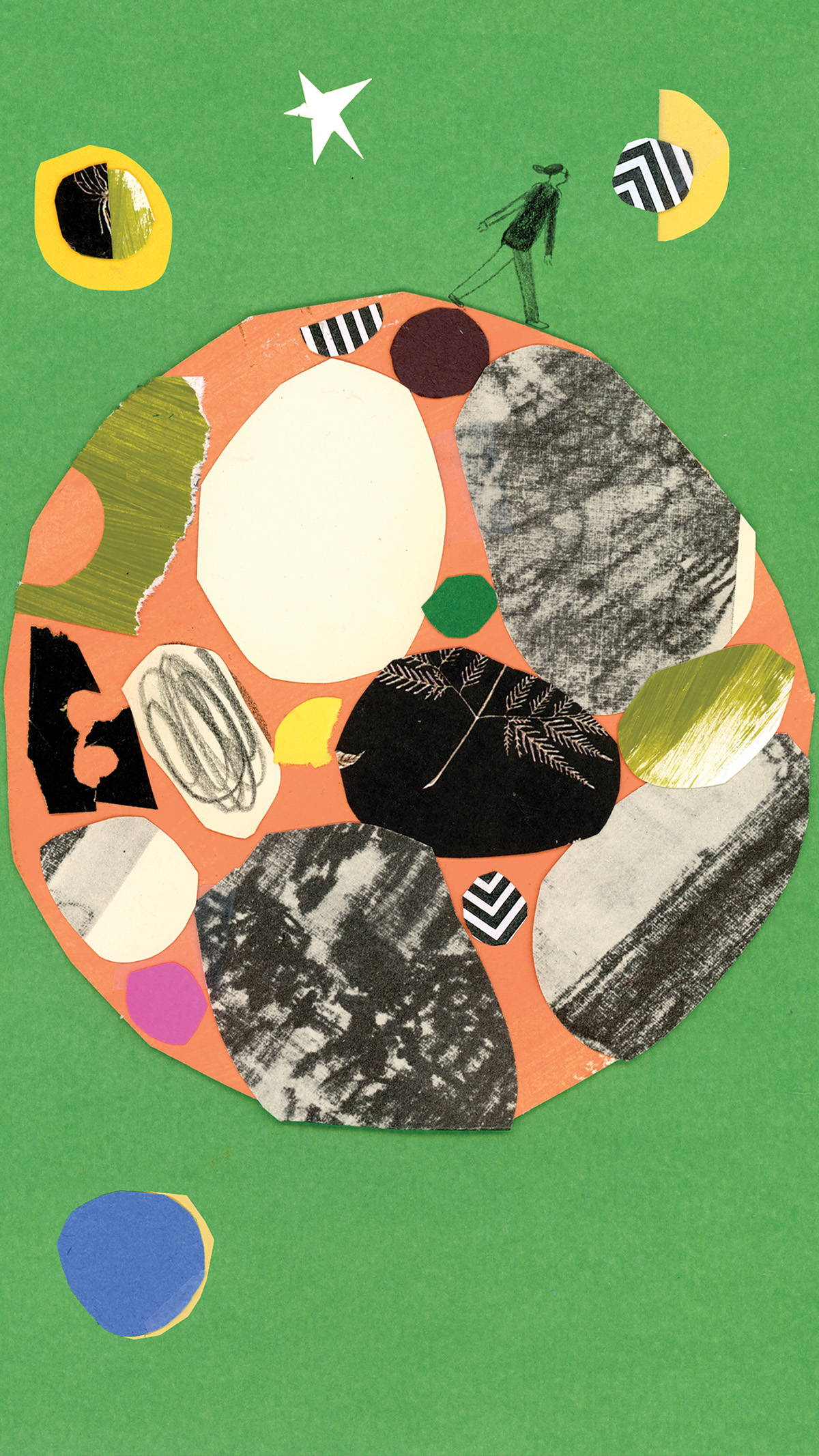 Editor Janine Vangool and UPPERCASE readers contemplate
the past, present and what's to come.

Turning the calendar over to a new year—and to 2020, a number that seems like it should only exist in a science fiction novel—feels rather significant. I feel like I’m hovering between my past and all the possibilities that the future offers. The present moment is for reflection and contemplation.

The saying goes that hindsight is 20/20. We can look at the past and make sense of our reactions to situations and circumstances both within and outside of our control. But when we are in the thick of things we tend to be myopic. Looking ahead is even more difficult. We are used to thinking in days, weeks, months and maybe a couple of years in advance. Many of us have accomplished long-term goals like finishing school or paying down a mortgage. Beyond saving for our elderly years, though, do we ever really think about what our lives will be like further into the future?

Technology has been the single biggest factor changing our daily lives over the past two decades. “In the years between the new millennium and now, the Internet has grown up,” says the artist Little Shiva. “It’s not as wild as it was when it was a teenager, and I sometimes miss the raw weirdness of those early days. In spite of how bland the Internet has become, the fact that we can now carry these little pocket computers with us everywhere and be connected pretty much all the time is surreal and mostly fun. It’s a challenge to ignore it all and be present in the moment, though, too.”

Although we are now feeling and understanding the toxic side effects of too much technology and hyper-connectivity, digital tools, the Internet and social media have allowed many independent artists and creative entrepreneurs like me to thrive. Having graduated from art college in 1995, I was among the earliest generations of computer-enabled graphic designers for whom desktop publishing was a viable career option. Without a blog, online shop and social media platforms like Flickr, Twitter and Instagram, for example, my indie publishing venture would not have come into being.

Letterpress printer Jennifer Farrell, from Starshaped Press, sees the current state of design and craft as being at a crossroads. “As a printer, my early years echoed ‘print is dead!’ as the Internet raged,” she says. “But it adapted. Large swaths of society chose to support independent makers and take up the ‘shop local’ rallying cry. And yet with so many wonderful makers, there is new competition and another crossroads.”

As a publisher of books and magazines, I can say that, thankfully, print is not dead. My hope is that we are undergoing a renaissance of sorts, with readers appreciating print on paper while respecting the resources that go into creating something tangible.

Twenty years is enough time for us to mature from childhood to adulthood—indeed, for our own children to be born and grow. Eileen McKenna, watercolourist and author, writes: “Twenty years in the future seems like such a long time. Twenty years ago our kids weren’t here, and 20 years from now they’ll be full-grown adults. We might even be grandparents! I know undoubtedly that I’ll continue creating. The form and subject matter might change and evolve, but it’s an important part of my life and I plan on continuing with it.”

Kelly Frederick Mizer, an artist with a BFA in painting, echoes this sentiment: “The last 20 years of my life—and then some—have been heavily influenced by raising four children. Three gone, one to go. I imagine 20 years from now will provide more opportunity to redefine that role as I commit more and more to my own creative process.”

“As I watch my child handwrite notes and drafts of a school paper before typing it on a computer,” says Jennifer Farrell, “I realize this is exactly how I want technology to function. It is simply another tool in our overflowing toolboxes that aids in sharing what we create.” Jennifer hopes that social technologies never take the place of real-life interaction because, as she says, it is in these experiences that “the next creative jolt of inspiration is felt.”

There is a growing backlash to always being plugged into technology, which can be observed in the mindfulness movement, conscious consumption and a resurgent interest in handmade. It is possible that our collective future will not include technology to such a prominent degree. It is also quite possible that technology will become part of us in a physical sense, while other uses will become more subtle. Hopefully, our reliance won’t be so complete or addictive that it will overwrite the abilities and qualities that make us uniquely human.

Humanity’s biggest concern over the next two decades will be fighting against and dealing with the effects of climate change. Optimistically, technological developments in carbon capture, clean energy and efficient recycling streams will potentially alleviate and begin to repair the damage to our ecosystems. But we will also need to radically change our ways of being within our world. Our expectations will have to shift. Existing on the precipice of disasters, be it floods, fires, droughts or the global humanitarian impact on displaced populations, we will have to learn to better protect our mental health. We will have to mend our psyches, along with the environment. By environmental necessity and to preserve our wellbeing, I think we will find ourselves seeking a simpler, analogue and, indeed, more “crafty” and hands-on future.

“If I’m still alive 20 years from now, I’ll be 75,” says Little Shiva. “Hopefully my house won’t be underwater, but a lot of places in the world will be. Will people still be buying stuff online? Will air travel still be a thing? Maybe. The climate crisis is the most pressing thing right now, and has the potential to change pretty much everything about the world as we know it, in the same way that technology has changed everything since 20 years ago. In the midst of all this change, I want to show whatever children come my way some eternal values: the importance of kindness, of caring for the land, its creatures and each other. The importance of love.”

Thinking about your own creativity, both personally or professionally, reflect on the past 20 years. Technology has certainly been a huge influence in all of our lives, but what else has shaped what you make and do? In hindsight, what were pivotal moments, trends, innovations, societal changes or world events that have informed or influenced who you are today and what you make and do?

Imagining 20 years from now, what are your predictions for the future of craft, creativity, making and design? What is your outlook for your own path and/or that of society?

This article was originally published in ink on paper in UPPERCASE #44, Jan/Feb/March 2020.